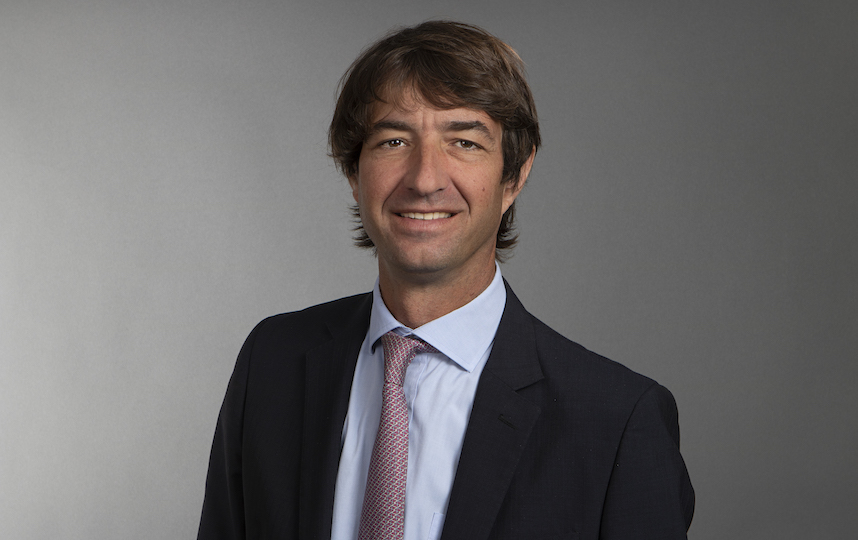 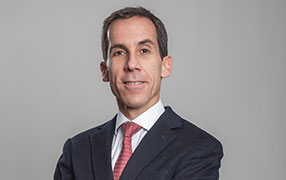 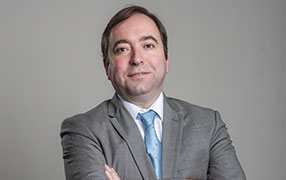 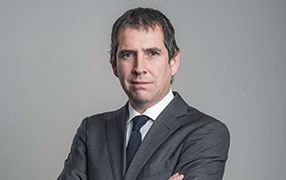 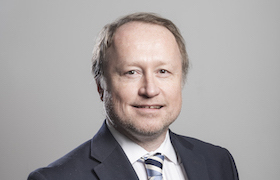 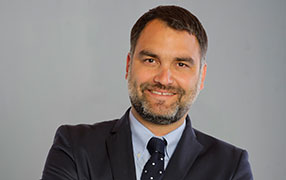 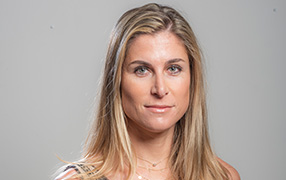 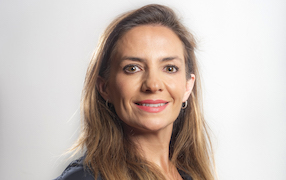 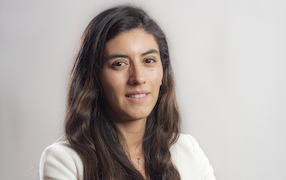 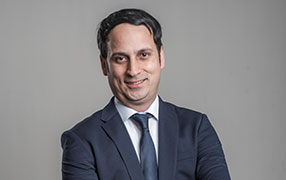 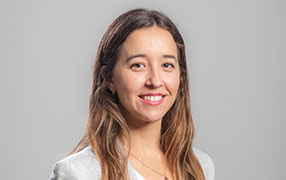 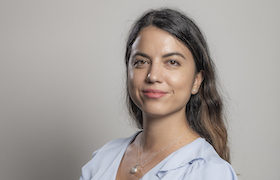 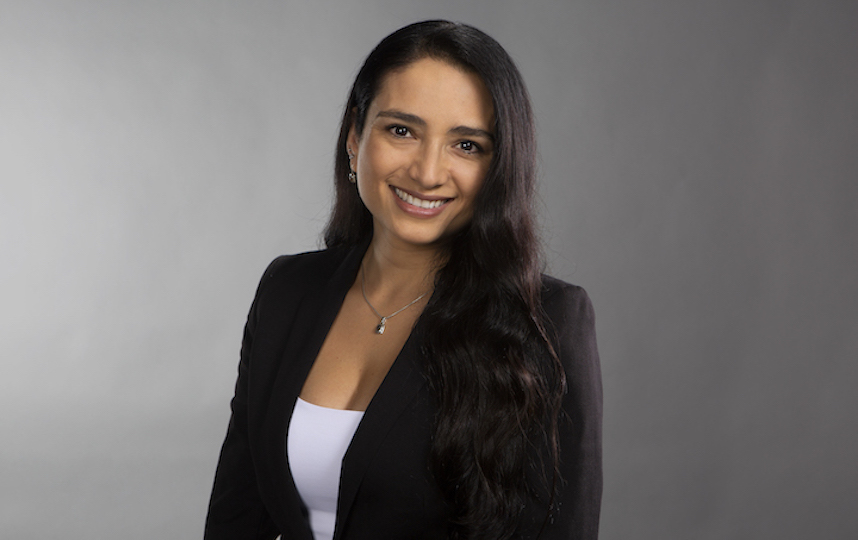 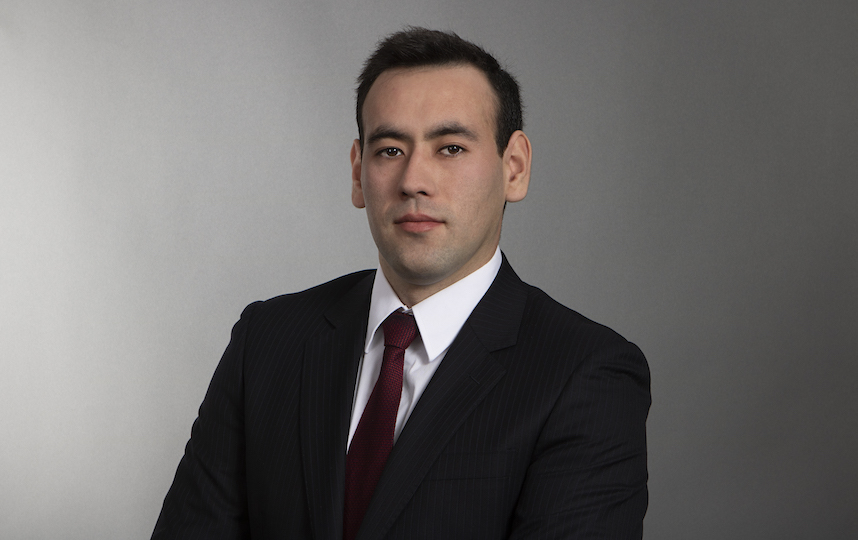 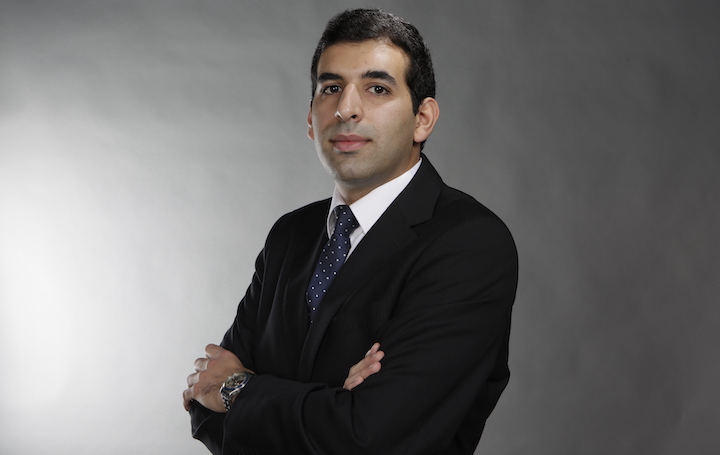 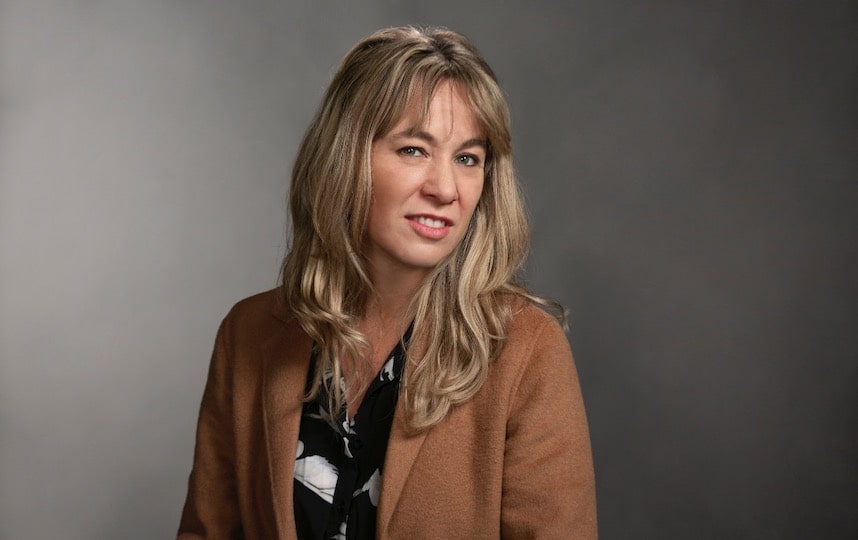 Francisco Ossa has concentrated his practice in civil and commercial litigation, both before ordinary and arbitral courts and has experience in negotiating contracts of all kinds. Likewise, in recent years he has advised our clients in the execution and development of large-scale energy, construction, infrastructure and mining projects.

Prior to founding our firm, Mr. Ossa worked as an associate at the Espina, Zepeda, Acosta, Rodríguez & Tavolari and Chadwick & Aldunate Abogados law firm. Asimismo, Also, during 2008 he worked in the city of Brisbane, in the Litigation Department of the Australian firm Clayton Utz.

Mr. Ossa studied Law at the Finis Terrae University and was admitted in 2003. In 2008, he obtained with honors the Master of Laws Degree (LLM) from the University of Melbourne, Australia. He successfully completed the Diploma on International Commercial Arbitration at the Arbitration and Mediation Center of the Santiago Chamber of Commerce and the Postgraduate School of the Universidad de Chile (September-December 2009); and the Diploma in “Methodology in the Teaching of Law”, organized by the Finis Terrae University (May-October 2001).

Currently, Mr. Ossa is member of the board of outstanding Chilean and foreign corporations, among which Origin Energy, Energía Austral and Comet Exploration stand out.

Felipe Alessandri has concentrated his experience in the areas of commercial, civil, real estate and construction law, as well as in the analysis of contracts, constantly advising local and foreign companies in the corporate sphere.

Prior to founding our firm, Mr. Alessandri was partner at Bella, Alessandri & Carvallo Abogados, where he worked for more than 4 years. Previously, he was associate of the renowned arbitrator and professor of Civil Law, Mr. Víctor Vial and lawyer Hernán Granier

He was Councilman of the city of Santiago on two occasions (2004-2008) and (2012-2016). In 2011 he was called by President Sebastián Piñera to enter the Presidential Cabinet as the person in charge of the citizens of the Presidency until March 2014.

Mr. Alessandri studied Law at the Finis Terrae University and was admitted in 2003. He obtained the Master's Degree in Business Law (MDE) at the Universidad de Los Andes and successfully completed the Diploma in Societies and Financing in the same university.

He has been member of the board of public limited companies of the mining industry and the wine sector.

In 2016 he was elected Mayor of the Municipality of Santiago, reason for which he is currently a partner in our firm.

Santiago Long has concentrated his work experience in corporate, hereditary, real estate, international contracts and especially in comprehensive advice to local and foreign companies. In addition, in recent years he has advised our clients on company acquisitions, Due Diligences and financing.

Prior to founding our firm, he worked as associate lawyer for the Montt & Cía.law firm, reason for which, during the years 2005 and 2006, he worked in the countries of China and South Korea.

Languages:English and Portuguese. Oral and written.

Manuel José Searle has concentrated his experience in corporate, commercial, labor, bankruptcy, civil and commercial litigation, both before ordinary courts and arbitration. Likewise, in recent years he has advised our clients in the execution and development of energy, real estate, construction, infrastructure and mining projects.

Prior to entering our firm as an associate, Mr. Searle was partner at Chadwick & Cía. law firm. In addition, during 2011 he worked as a corporate lawyer for Inversiones Alsacia S.A. and Express de Santiago Uno S.A.

Pía Casali has concentrated her work experience in corporate matters and mainly in the comprehensive advice to local and foreign companies. She also served for 5 years as inhouse lawyer and human resources manager at Willis Towers Watson.

She studied law at the Pontificia Universidad Católica de Chile and was admitted in 2003.

Constanza Farías has worked mainly in the international commercial area, creating both public and private links. In addition, she has advised our clients in contract and public safety matters.

She studied Law at the Pontificia Universidad Católica de Chile and a has a Master of International Relations at the University of Sussex, England.

Víctor Urqueta has focused on all types of corporate, financing, mergers and acquisitions, and tax matters.

Prior to working in our firm, Mr. Urqueta worked as an associate lawyer at Guzmán & Benítez Abogados law firm.

Mr. Urqueta studied Law at the Universidad Diego Portales and was admitted with distinction in 2012. In the same year he studied a Diploma in New Trends in Contracts and Damages at the Pontificia Universidad Católica de Chile.

Javiera Jaqueih Espejo holds a degree in Legal and Social Sciences from the Diego Portales University and was admitted to the profession in 2014. In 2013 she studied a Master's degree in Civil Heritage Law at the same university.

She concentrates her professional practice mainly in civil litigation, both before ordinary courts and arbitration, as well as in matters related to the Protection of Consumer Rights Law.

José Miguel Salazar has been a lawyer since 2014 and concentrates his practice in corporate and labor matters. He has a Post Degree in Labor Law, which has allowed him to assume the representation of our clients in collective bargaining and labor lawsuits.

Ignacio Montes Campos has a degree in Legal Sciences from Pontificia Universidad Católica. He concentrates his practice in all types of corporate affairs, financing, mergers and acquisitions.

Francisco Ignacio Ferrer Madariaga, has a degree in Legal and Social Sciences from Universidad Diego Portales.

In 2014, Mr. Ferrer studied a Master's Degree in Public Law and Constitutional Litigation at the same university.

In our Study, Mr. Ferrer has concentrated his professional practice mainly in Labor Law and procedures contained in the new Insolvency and Entrepreneurship Law, both in administrative and judicial levels.

Macarena Paz Contreras Bozo has a degree in Legal and Social Sciences from Universidad Andrés Bello.

In 2018 he studied a Diploma in Natural Resources Law, with mention in Energy Law, at Pontificia Universidad Católica.

She has concentrated his professional practice in matters of Law on Protection of Consumer Rights, Traffic Law, Co-ownership; in addition to providing legal advice regarding the legal area of Public Market.

She currently Works in the corporate area of our office.

María José Santibáñez Palma has a Bachelor´s degree in law from the Pontificia Universidad Católica de Chile and was admitted to practice in 2018.

In 2019, she obtained a Certificate in Civil Liability at Universidad de Chile.

Prior to working in our firm, she served as an associate lawyer in the firm LC Abogados.

Her practice mainly focuses on Litigation and Arbitration, as well as in insolvency proceedings, both in administrative and judicial venues.

Francis Lackington has focused his practice on the solution of complex civil and commercial disputes, including contract, corporate, tort & insurance litigation and arbitration and insolvency proceedings. He is also a licensed expert witness on international and foreign law, accredited by several Courts of Appeals of Chile.

Roberto Elías Sabat has a degree in Legal and Social Sciences from the Universidad de los Andes and was admitted to the profession in 2019.

He has developed his professional practice in corporate matters, development of infrastructure projects and public work concessions.

In 2020, he completed a Diploma in Natural Resources and Environment at Universidad de los Andes.

Isaac Eduardo Urbano Carrasco, has a degree in Legal and Social Sciences from the Andrés Bello University, joining the faculty at the beginning of 2019.

He has developed his career, in contractual matters, corporate law, labor and consumer law.

He currently concentrates his practice on corporate matters.

Nathaly Pérez Lagunas has developed her career in the field of Intellectual Property, mainly in the Innovation of technology transfer. In addition, she has practiced in Insolvency and Re-entrepreneurship Proceedings in both administrative and judicial matters.

She studied Law at Andrés Bello National University. She specialized herself in Corporate Governance and Compliance at Universidad del Desarrollo and obtained a Business Certification from Lloyds International Colleague, Sydney, Australia.